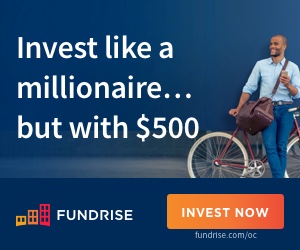 Pier and Beam vs Slab Foundations

The best investment properties just need cosmetic upgrades and you should always avoid property with roof or foundation problems, right?

This “rule” of investing leads many investors to become terrified of problems with their foundations, especially pier and beam foundations for some reason.

On the other hand, I’ve made a ton of money when buying properties with foundation problems.

So, today I’ll cover different strategies that I use to make money with foundation problems, and why you shouldn’t be afraid of structural problems.

But first, let’s talk briefly about the types of foundations you are likely to encounter.

Pier and Beam vs Slab Foundations

There are two basic types of foundations for residential real estate – Slab on grade and pier and beam foundations.

Pier and beam foundations were the standard across the United States for a very long time. But, with modern construction techniques, many places are moving toward slab foundations for a variety of reasons.

Either style of foundation can work in nearly any part of the country, but different areas will have different modern ‘norms’ and you should pay attention to those.

The further north you go, the more you see pier and beam. It is required to pour the foundation below the frost line, and that frost line gets pretty deep in cold regions. Also, colder regions tend to get snow, so it’s better to elevate the property well above grade.

So, pier and beam is more common since they already need to dig out so much earth, and need to elevate the wooden structure. It also is nice to have a full sized basement for storage and utilities, so with just a little more digging, the home can have a lot of functional space.

How A Pier and Beam Home is Built

I’ll try to give a brief overview without going into the actual construction details.

The foundation area is dug out, and the walls and floor are poured and extend below the frost line.

The home is usually too wide to span the entire distance with joists, so some sort of central support is required to hold up the floor. This is where the piers and beam come in.

A picture of an actual pier and beam style foundation that I built. This is on an outdoor structure instead of a home, but the techniques are virtually the same. You can see the beam running horizontally and the “piers” holding the beam. The piers are bolted to the concrete pillars which extend below the frost line.

I put this picture of a deck in because it really shows all the structural aspects of the piers and beam.

As you can see, without the center support, the entire center of the structure would simply fall to the ground. Sometimes this does happen – when old homes have wooden piers, they can rot over time.

Then the center slowly sags and the house becomes nearly impossible to sell.

There is a point of no return, but most houses never reach that. Most houses just need to be leveled off and reinforced with new concrete columns and perhaps a reinforced beam.

This is a picture of a basement built around 1880-1890. It’s quite messy because of the construction, but you can see the reinforced beam and piers. In this case, the wooden piers had completely rotted and the basement was sagging by about 8″ in the center.

After a couple weeks, the floor was pretty level and ready for new residents!

There are obviously a lot of variables and it’s impossible to tell you what it costs to repair.

The material cost is actually quite low. The job I showed above probably had $600 or less in materials. What you really pay for is labor costs, the contractors licensing, and insurance.

For that particular job, I’d say it cost me somewhere between 2 and 4 thousand. It’s hard to say exactly because it was part of a much larger job and it was a few years ago.

Slab on grade is probably the most common foundation type. You’ll see it throughout the United States as well as in most commercial or retail spaces.

I won’t go into all the technical aspects of this foundation, because it is more in depth and complicated than a simple pier and beam foundation.

Essentially, the load-bearing part of the foundation still needs to extend below the frost line. The only difference is the floor is made at ground level instead of below ground.

Slab foundations can also sag and crack, but for completely different reasons than with the pier and beam foundation.

Slab foundations can have a lot of problems when the soil shifts, settles or expands/contracts.

But the cool thing about repairing it is the theory behind it doesn’t change much from the pier and beam foundation.

The concept is just to get at the problem and jack the house up until it’s level.

The problems with slab foundations became apparent over the years, so construction techniques improved.

That’s when you started to see the entrance of post tension slabs. Basically, a tension cable is added to the structure to help offset and movement or changing loads on the slab.

This is great for the longevity of the slab, but it also makes remodeling a bit more difficult.

In the past, you were able to just through the slab just about anywhere and fix or replace plumbing. Want a new bathroom? Just add it. Change the layout? Just do it.

But, with the complex loads on a post tension slab, this becomes nearly impossible for the average homeowner and may require tunneling under the foundation rather than just cutting through it.

So how does this affect you?

Well, I’m sure you’ve been told by everybody that you should avoid foundation problems.

So that means everyone else was told the same thing.

Don’t you see the opportunity?

There is less competition when there is a foundation problem

Simple economics shows us that when there is less demand for something, prices decrease.

So when everyone is told to stay from a property with foundation problems, you may be able to get a lower price.

Foundation problems are really scary and very serious. Left unrepaired, the house will potentially collapse. But it’s that verbiage that lets you make money.

People hear the word “collapse” and will pay anything a contractor tells them to pay in order to fix it.

Don’t forget, though, the house will probably never be perfectly straight ever again. This is just the nature of sagging foundations.

It’s really important that you truly understand the problems you are walking into. Never be irrational and assume any problem is too big to tackle, but also don’t assume you can take on anything. My First Flip was a Flop

Should I Sell or Rent My House? – Few Things to Consider

How Your Mortgage is Underwritten

How to Grow Revenue With Interior Upgrades